The nature of it 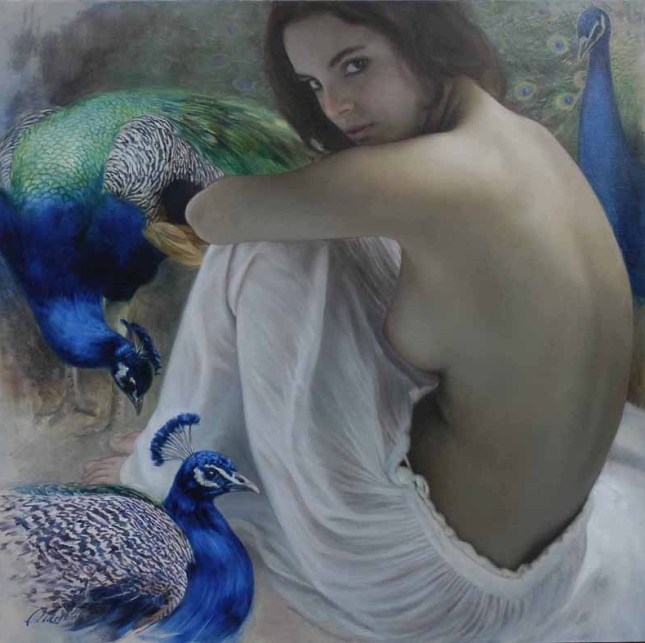 It is the nature

Posted before, but always true.

Posted by Romantic Dominant on September 17, 2020 in Uncategorized

Sometimes I get serious

It seems an ageing female rock star recently suggested in an interview with one of our sad excuses for a serious newspaper that women/girls who dress provocatively should expect to be molested – or worse – by men.

I can only believe she was misquoted – I haven’t read the article so I will give her the benefit of the doubt.

But let me be quite clear.

How a woman acts is equally up to her. If she wants to be a vamp. a princess, a tease, or a kitten she can. If she wants to get, drunk, stoned, utterly out of her mind it isn’t a cry for some mindless moron to take advantage of her, or see it as a come-on, or as an excuse to say she has got it coming to her.

So if you are a man who has so little control of himself that he thinks every scantily clad girl acting outrageously gives him the right to force himself on her, then I would suggest chemical castration is probably too good for you.

And if you are a woman who looks down your nose at someone of your own sex who exercises the freedom to be herself, or thinks that girls bring it on themselves, then all you are doing is colluding with the apes.

In a case of rape (or sexual assault) the woman or girl is never, ever at fault.  Even if she changes her mind at the very last minute, that is her prerogative, her choice, her right.  If a man ‘cannot stop himself’ then he is no more than an animal and deserves to be treated like one.

There is never, repeat never, any justification for rape or any form of harassment, nor can any action by a woman ever be considered as incitement.

At some point I shall give my perspective on those who bleat and argue that ‘immodesty among women is against our religion, or is not part of our culture’. Attacking that misogynist, hypocritical, bullying shit deserves a whole post to itself.

Photo taken from Pinterest. Unsure of source. If it is yours please let me know and I will remove or credit.

Tags: incitement to rape, rape, romantic dominant, there is no justification for rape, writing

My Life is Going On – La Casa de Papel

It is an age since I have shared music.

But actually this time I am sharing it with a TV recommendation, which is unusual for me.

If you have not been watching La Casa de Papel (Money Heist) then you are missing what I believe is one of the best thriller series for ages. For me, it is one of the best I have seen in my life. It has absolutely everything. It is a compelling drama, exciting, intelligent, emotional, unpredictable, fun, sexy, anti-establishment and completely addictive. It is directed by the talented Alex Pina. I have just started on what I believe is the final series (Series Four). I dread reaching the end.

Do give it a go if it sounds like your kind of thing. Watch it from the first series – you can’t dive in later on. It is on Netflix. But please watch it in the original Spanish (lovely language) with subtitles, not overdubbed. There is nothing worse, or more stupid, than overdubbing.

Back to the music. It was composed by Manel Santisteban, and the words were written by Cecilia Krull. I don’t know if it is a great piece of music or not.

But I now find it as addictive as the series.

This blog post © the author writing as Romantic Dominant

My Life Is Going On

Posted by Romantic Dominant on June 15, 2020 in Music, Poetry, Uncategorized

I do not eat meat and have not done so for thirty years.

I am not evangelical about it. Other people’s diets are their own affair. And whilst the damage to the planet through meat consumption is deeply disturbing, my own consumption of fish and seafood generally does not provide me with any moral high ground on that score.

But one recurring dinner party conversation I have had over the years with those who like to eat meat has always puzzled me. It goes like this:

Other : That just means red meat, or white meat too?

Other : But you eat fish?

Self : I love to eat fish. All seafood in fact. Except sea-living mammals.

Other : Some might consider fish to be meat. But anyway, you used to meat once upon a time?

Self : Yes. Lots of it. Anything with a pulse.

Other : So why did you stop?

At this point I explain that it was for a number of reasons, all and none of which are the primary reason – heath and family history, ethics, environment, animal welfare, etc.

Other : OK (nodding, and then a pause). But you still eat fish.

Other : You have to admit that is pretty arbitrary

Other : Well, eating fish and not eating meat. How do you make that distinction?

Self : Between warm-blooded and cold-blooded, I suppose.

Other : Ha! That is really arbitrary.

Self : (smiling) No more than your eating choices when it comes to living creatures.

Other : What do you mean?

Self : You eat cow, and pig, and sheep and chicken I suppose.

Other : Not so keen on rabbit, but its fine.

Other : (Looks askance) No

Other : People don’t eat those

Self : I am sure they do somewhere. What about dog, or cat, or squirrel, or rat, or elephant, or giraffe or lion or kangaroo or ostrich, whale or dolphin or …. monkey or ….

Other : Now you are being stupid.

Self : (Shrugs). You rather aggressively suggested my line on what living creatures I eat and do not eat is arbitrary, and I would be the first to concede it has failings from numerous points of view. Vegetarians and vegans would certainly raise questions. The bottom line is I that I don’t eat mammals. The truth is I personally don’t care what you eat, or why.
But when it comes to drawing arbitrary lines. I think you draw them a lot more untidily than I do.

Written a year ago. Though a regular conversation over time.

Posted by Romantic Dominant on May 10, 2020 in Still Life, Uncategorized

There is currently a problem with my WordPress account where comments are not showing and/or I am not seeing them.

It is actually more complicated than that, but deadly dull.

Posted by Romantic Dominant on April 23, 2020 in Uncategorized 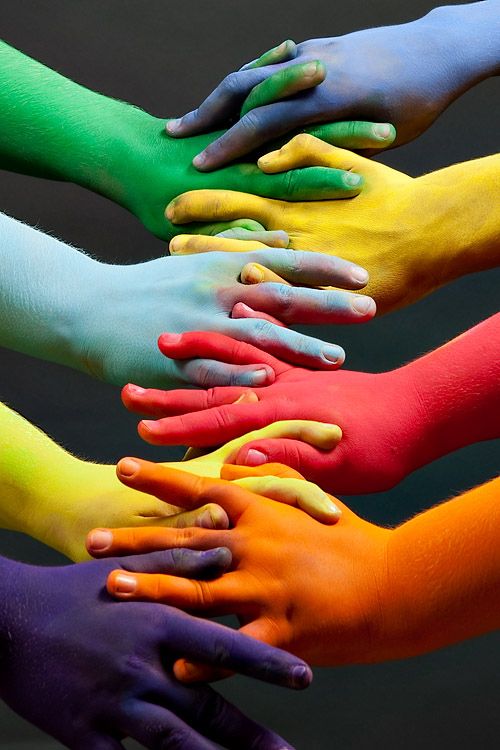 I am sometimes asked, usually by those who cannot understand my devout atheism, what I believe in.

There is an inference that, if I do not believe in a god, specifically the one they believe in, then I cannot be a good man. They argue that without a code then I am somehow morally bankrupt.

Here then, is my code. It is by no means original, but it is simple. It can be summed up in just six words

I did think about writing here and explaining the nature, the relevance, the importance of each element – in isolation and holistically. But that would be preaching – something to which I have a great aversion.

Except to say that I personally feel these beliefs are core to a family, a community, a country, a world living in harmony. I live and breathe by them.

And I have yet to find a mainstream religion or a political manifesto which truly embraces all five of them.

It disappoints and depresses me that, in the four years since writing this, the leadership and politics of ALL major countries have shifted further (in some cases dramatically) towards positions directly opposed to the above principles. And religion … well … best left unsaid.

Tags: all religions are intolerant exclusive misogynist and have no respect for humanity when it comes to dogma, atheism, Beliefs, politics, religion, romantic dominant, Schlegel Doyle, writing

You have touched me

You have made me

Posted by Romantic Dominant on February 28, 2020 in Uncategorized

I will undress you

I will guide your hands

I will arch your back

I wrote this couple of years ago. I will …

Posted by Romantic Dominant on February 9, 2020 in Uncategorized

Posted by Romantic Dominant on January 6, 2020 in Uncategorized 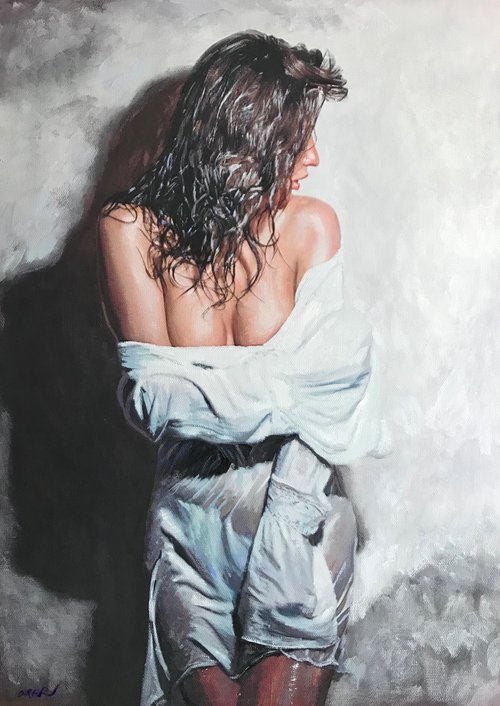 Posted by Romantic Dominant on January 3, 2020 in Uncategorized